Do you know of any good miniatures?

I'm looking for 15mm fantasy evil men. Preferable with heavy armour and some kind of skull face-mask.
Do anyone know of any good ones?
What I'm looking for is Drakkarim, something similar to this one.
Posted by Björn at 1:33 PM 30 comments:

First part of my Hawaii army 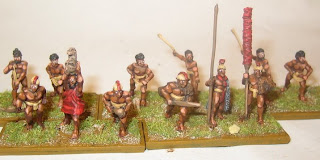 This is the first part of my Hawaiian army. They are funny to paint, lot of flesh.
Posted by Björn at 1:23 PM 1 comment: 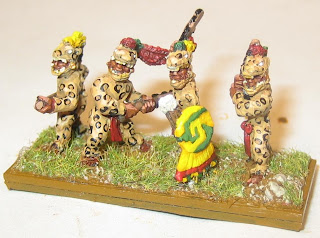 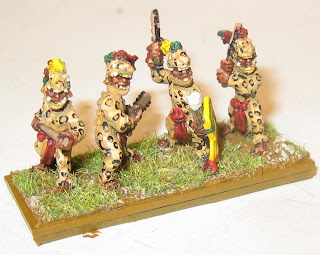 This is some Grey Knights in Ocelot suits for my Aztec army. They are of course from Black Hat.
Posted by Björn at 10:26 AM No comments: 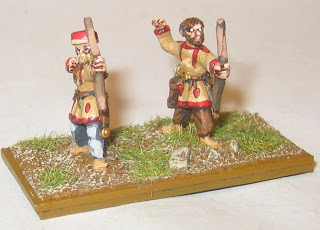 Same as before, but the one on the left has a new hat and a new pair of trousers and the one on the right got a nose job.
Posted by Björn at 10:42 PM No comments: 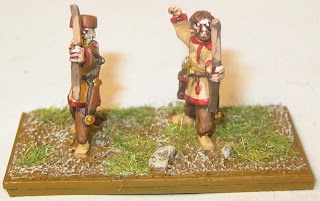 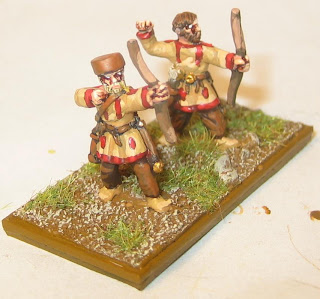 These are Late Roman archers from Khurasan Miniatures. They were very fun and nice to paint. I'm looking forward to see the rest of the range.
I'm not to happy with the painting of their faces, but the painting didn't look that bad live. And I have re-painted one of the trousers grey.
Posted by Björn at 10:31 PM 16 comments:

A few days ago me, Matts and Andy fought our first HotT game (HotT is a Fantasy DBA game). It was very close, but in the end we won with 9-8. Our left was under hard pressure but they were standing firm. Out right pressured our opponents hard, but their Blade general killed everything that was thrown against him (including the Sneaker). But the enemies' centre was defeated and at the end of the battle there was a big hole there. 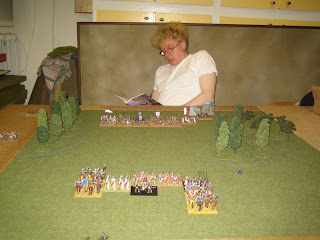 The troops have been deployed. 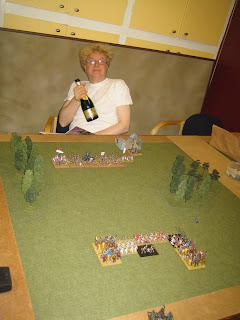 Matts is already starting to celibrate. 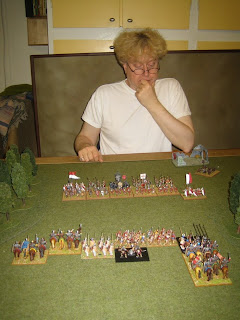 The troops are advancing. 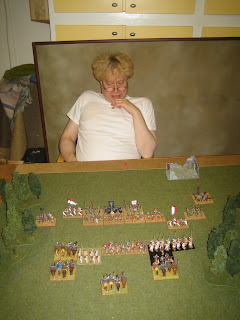 The armies are standing still, waiting for the other to do the first move. 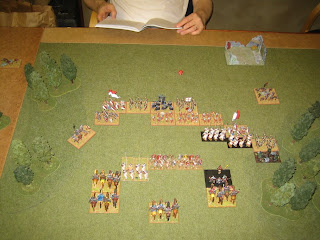 The first combat on the right. 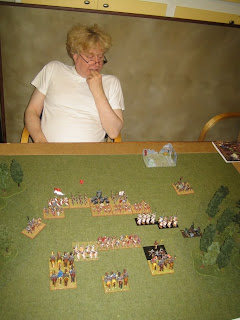 The enemies on the right have been defeated! 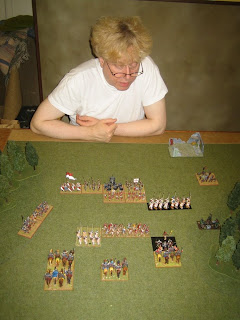 There is a big whole on the right! 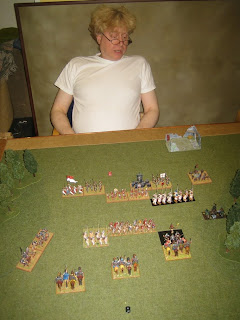 Matts have stabilized the right. 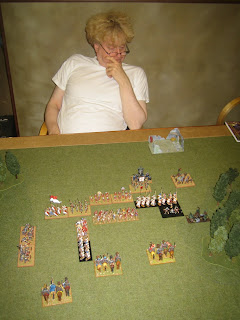 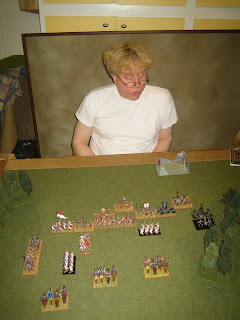 The centre is pushing forward. 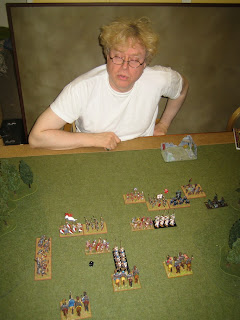 And now there is a small hole in the centre. 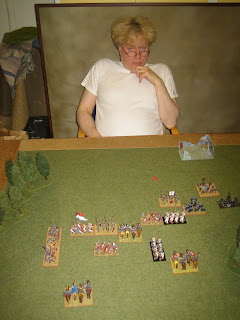 What DBA army should I paint next?

I don't know what DBA army to paint next. I want to paint a nice and colourful army. The miniatures should be nicely sculpted and have multiple poses. And it's a bonus if the army is funny in some way (like have a Litter general, be very obscure or just plain silly). Do you have any suggestions? I have been thinking about Hawaiian, Post-Mongol Samurai, Mound Builder (from Eureka), Aztec, Zapotec (from Black Hat) and Late Carthaginians (from Corvus Belli). All suggestions are welcome!
Posted by Björn at 7:53 PM 7 comments:

This is pictures of my Graeco-Bactrian army. They were a blast to paint. The miniatures are from Xyston. 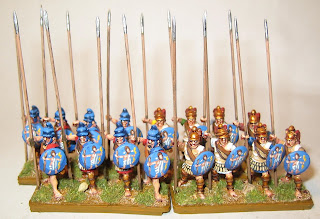 The Greek/Makedonian pike phalanx. The shields blazons are suppose to be Zeus. 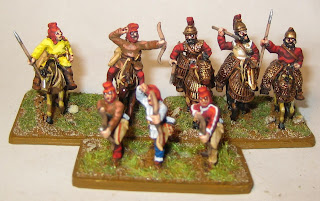 The Persian part of the army. 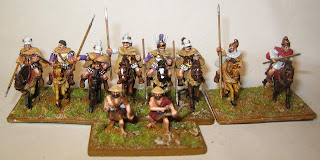 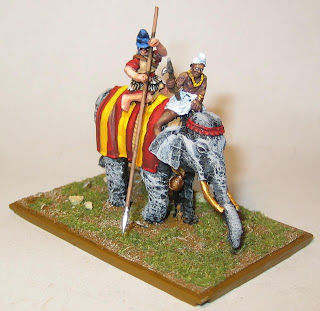 Some Mountain Indians (the guys to the left are not part of this army, they just wanted to be in the picture).
Posted by Björn at 7:34 PM 1 comment:

The Tlingit is here

I have now finally painted my Tlingit army from Eureka. They were extremely fun to paint with their wooden helmets and armour.

These are the skirmishers. Two nice Ps with guns.

And these are the warriors. In the middle you can see the army's general.
Posted by Björn at 7:31 PM No comments: 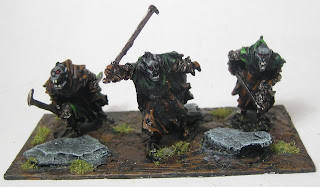 This is my first element for my evil HotT army. It's Orc Lurkers, waiting to find some poor victims in the thick forests were they are lurking for enemies passing by.
Posted by Björn at 10:23 PM 6 comments: